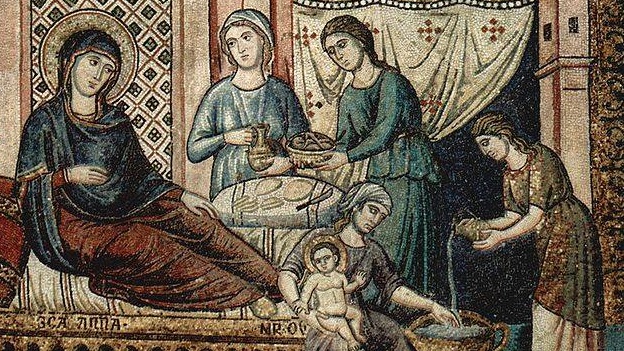 Our third MEMSA seminar for Michaelmas term will take place on Tuesday, 10 November at the World Heritage Visitors Centre at 6 pm. We caught up with the latest speaker Lydia Harris to discuss her research, seminar, and topics of interest. Her forthcoming seminar is titled ‘You Say Menstruation, I Say Expulsion: Deciphering Abortive Ambiguity in Twelfth-Century Medical Compendia’.

Tell us a bit about yourself. Where are you from?

Originally, I am from Beaumont, Texas. It’s a big town/small city in East Texas where we have lots of alligators and hurricanes which makes it the antithesis of Durham. However, I did spend six and a half years living in New York City while working on my undergrads so I like to think of myself as Texan with an East Coast flair.

What brought you to Durham?

The reputation of the history department was a big seller as well as the city itself. I really liked the idea of moving somewhere completely different from anywhere I had lived before. Durham has a really lovely community feeling and I like the accessibility of the university.

What do you love most about the medieval/early Modern period?

Nothing is truly normative – especially when it comes to women – and I like how our modern notions of the medieval and early modern can be so drastically different from what they were in reality.

Ha, how much time do you have!?

But to give some semblance of an answer… I love the complexities of the period, how nothing remains static yet does at the same time. As a social historian, I am constantly surprised at how my own perceptions of the period can change so radically, even this late in my studies. Nothing is truly normative – especially when it comes to women – and I like how our modern notions of the medieval and early modern can be so drastically different from what they were in reality. I really like the surprises and the limitlessness that exists with studying these periods. It never gets boring.

What does your research focus on?

In short, my work looks at abortion and contraception from 950-1200. My thesis is attempting to study this subject – not as a narrative compendium – but as a way to understand the private lives of women and medical liberty. I’m also trying to redefine how we should view medieval reproductive control against our own modern interpretations of sexual freedom, reproductive rights, and medical terminology. 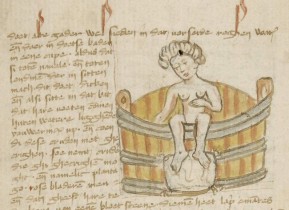 What led you to your area of interest?

I happened upon the subject of abortion through examining medical texts like the twelfth-century Trotula and was instantly struck by the willingness with which some medieval authors discussed reproductive control.

I’ve always been a big supporter and advocate for women’s rights so it seemed natural to study the history of women. My sister is a labour and delivery nurse so reproduction and sexuality were always comfortable topics in my house. I happened upon the subject of abortion through examining medical texts like the twelfth-century Trotula and was instantly struck by the willingness with which some medieval authors discussed reproductive control. From that I have sought to understand how this functioned within a heavily Christianised Europe.

What do you plan to focus on with your seminar?

I will be talking about a section of my thesis which deals with menstrual regulators as abortifacients. Whether or not to include menstruation in this light is a rather hotly debated topic among historians of sexuality, but I do have evidence which may support both sides. I’m going to discuss how the definition of abortion during the medieval period is subject to a rather fluid interpretation rather than static terminology. Well, that’s the idea anyway.

If you were not in academia, what would you be doing?

Honestly, I can’t really see myself doing anything else. I love teaching and research so this seems like a natural fit. I have a degree in theatre but never really considered that to be a viable career option for me. However, I do really love to cook and have jokingly said I’ll open a Tex-Mex taco truck if the whole academia thing falls flat.

Do you have a favourite medieval/early Modern text?

I don’t necessarily have a favourite, but I do really love troubadour poetry. The bawdier, the better.

Come join us this Tuesday for Lydia’s seminar. Tea and biscuits will be provided from 5:40 pm, with the lecture beginning at the usual time at 6 pm. All are welcome to attend.